Full disclosure: I’m a bit into the so-called “woo” side of the tarot, and life in general. I believe in a creative energy in the universe which is unseen and, as of yet, immeasurable by any objective scientific means. I believe that I have seen ghosts, and that I had two mystical experiences as a child.

That said, I also have very deep respect and appreciation for science. In fact, I co-authored 3 articles published in reputable, peer-reviewed journals while I was studying Immunology at the graduate level.

And I don’t see why science and spirituality should be mutually exclusive. It’s apples and oranges, really. Spirituality is the Yin to science’s Yang.

Einstein put it quite succinctly: “Science without religion is lame. Religion without science is blind.” I don’t think he meant any specific “religion”, rather, more of a non-specific spirituality, open to the possibility of being proven wrong. Isn’t that the true scientists’ hallmark? Humility in accepting that, like Socrates, ultimately, we know nothing?

Finding a way to balance these apparently diametrically opposite views of the universe, that is where harmony and peace lie! It requires a leap of faith, an injection of imagination, and this is where the heart resides. This is where music flourishes. This is where art is created, beauty is conceived, and tears of joy are possible.

I am an absolute advocate for sound science, and will be the first to call into question the methodology of any study that claims to prove in a tangible way any of our more esoteric beliefs.

Pseudo-science does the spiritual and metaphysical quest for mainstream acceptance absolutely no good, because when a study is flawed, it makes the scientific community more likely to dismiss it as absolute bunk, reinforcing their negative bias.

Here lies the rub when trying to hold the light of hard science on the more ethereal aspects of the universe: spiritual and metaphysical phenomena are dependent on faith. What you put into it is what you get out of it, truly, and the stronger our belief, the more apparently tangible the spiritual nature of reality becomes.

A truly scientific approach must by definition be UNBIASED, which weakens faith and, as a consequence, the results could yield provocative data, but still fail the test of statistical significance.

These cosmic forces are subtle, and the perception of them can shift like the wind would. Add to this that we are trying to measure these forces by using physical units of measure, and we run into a bit of a pickle. This energy is not heat, and it’s not electricity, though they do feel akin to those two energies to those sensitive to them.

It’s a bit like trying to measure barometric pressure with a thermometer. 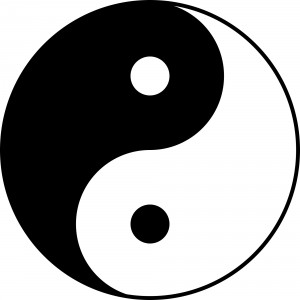 When mysteries from our past become illuminated by evidence, such as the fossil record, and the evidence of the gravitational waves from the Big Bang, instead of railing against them because they contradict dogma, we should be thankful for the insights, as these discoveries further reveal to us the truth of the process of the Creative Source.

Likewise, when we have an experience that stirs our spirit but makes no logical sense, instead of dismissing it because it defies reason, we should be thankful that the universe chose to show itself in its purest and most transcendental form to us.

Discovery of the truth becomes very difficult if we believe that we already know the answer. If we choose to allow wonder and amazement, the Universe will not disappoint in providing them.